With your help, we are able to provide a loving, Christian home for children. Please consider making a one-time or a recurring monthly gift to our children.

From a Broken Home to a Believer

In 1974, alcoholism and divorce tore Joseph’s family apart. A once well-off family found themselves struggling to survive. With the oldest son in prison and another son living on the streets, Joseph’s mom decided she needed to do something different for her three youngest boys.

At the age of nine, Joseph was the 57th child to arrive at Boys Country, which was renamed Boys and Girls Country (BGC) in 1993. Having never been away from his parents, Joseph was scared when he arrived at BGC. However, he quickly adjusted to life on the ranch and felt cared for by everyone.

Joseph has “bunches” of fond memories and stories about the two years he spent at BGC and how impactful this time was on the rest of his life. He recalls having Bible studies in the cottage, magical Christmases and learning different jobs on the ranch. 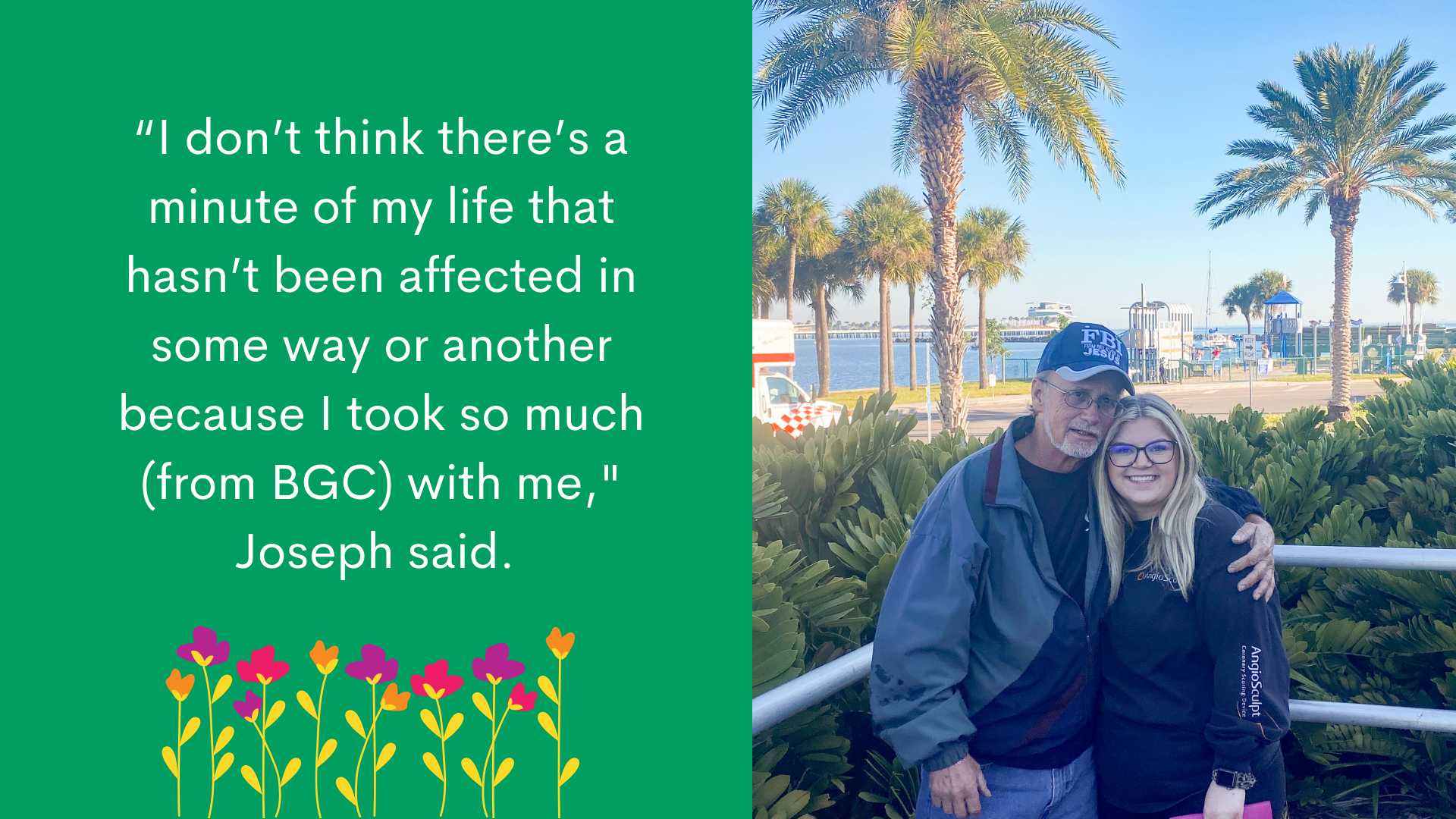 Joseph believes that without BGC he would probably be dead. He didn’t have the skills to survive on the streets, and he didn’t want to end up in prison like his brother. He is thankful for all that BGC taught him and for helping his family during such a dark time.

Prior to coming to BGC, Joseph was familiar with Christ; however, Bible studies and attending church twice a week were new to him. He credits BGC for helping him establish his faith.

“I started praying to God in 1974…There were three things that the home did: they introduced Christ into our lives, they helped us to deal with the separation from our broken families, and they taught us to love…. In the end, I learned that Christ will never leave you or forsake you,” Joseph said.

Joseph and his brothers returned to their mother in 1976 but struggled financially for many years. However, Joseph clung to all he learned while at BGC to create a successful, happy life. BGC taught him that he can make it on one dollar or a thousand dollars because God is with him.

When there were events at BGC, Joseph eagerly helped with the cars and parking.

“I got to help with moving traffic,” Joseph said. “In 1979, I went into the car wash business at age 15, and I retired from that business in 2017. The experiences I had at BGC inspired me to pursue a job working with cars for 35 years.”

Like Joseph, many of our kids come from broken homes. They arrive with differing levels of education and have often experienced trauma. We provide a loving, Christian home for these children as well as educational and mental health resources.

Joseph credits BGC for not only giving him the tools to survive life but also to become a self-sustaining, contributing adult. This is the goal for all of our kids, whether they stay with us for a few months or several years. We can only do this with the help of our supporters.

Will you help a child from a broken home learn about Christ and develop a foundation like Joseph did so many years ago? Today, your gift of $50, $100 or $150 or more can make a huge difference to our children.