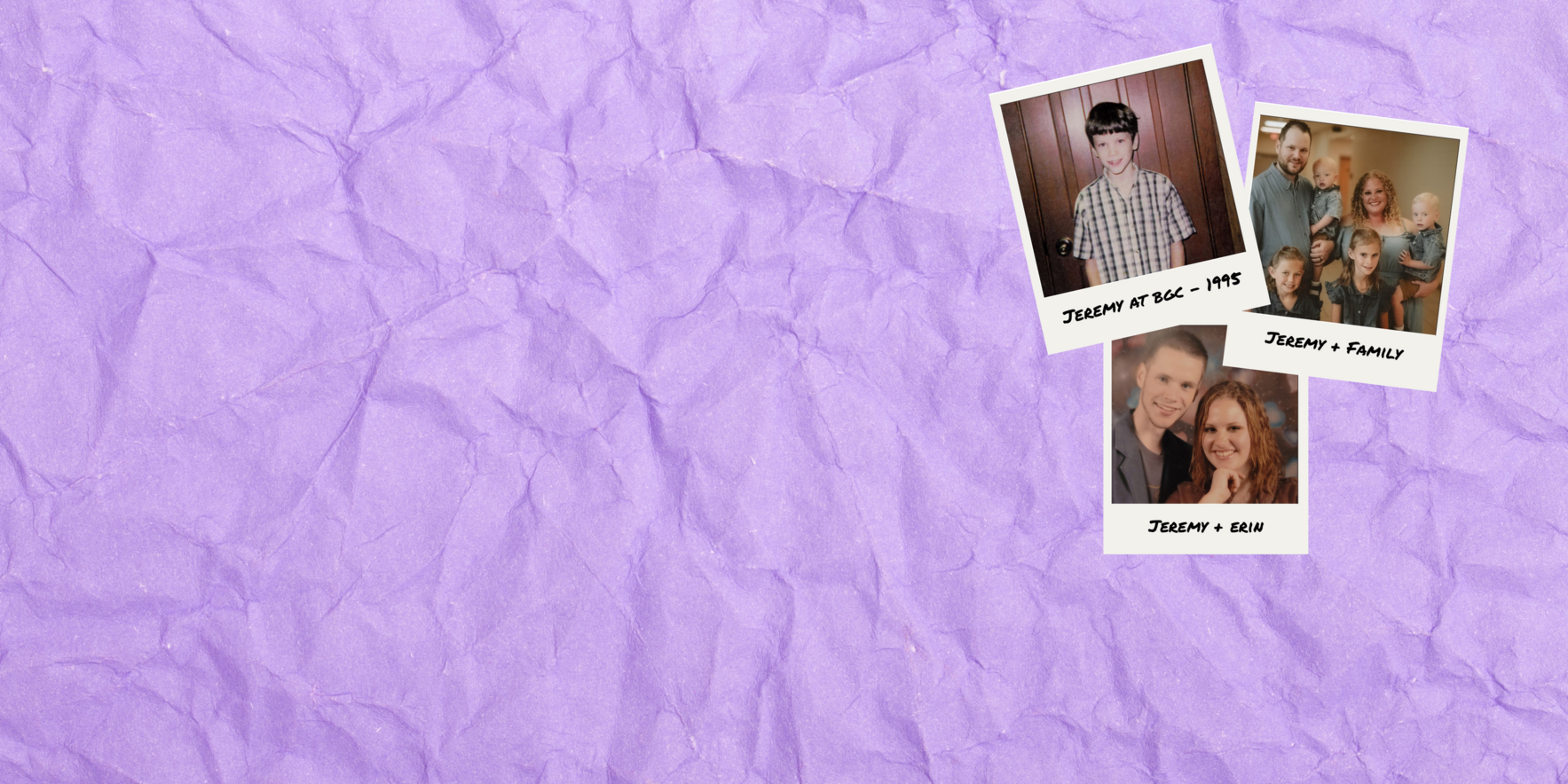 With your help, we are able to provide a loving, Christian home for children. Please consider making a one-time or a recurring monthly gift to our children.

Growing up in an apartment above the bar where his mom worked, Jeremy lived in a constant state of insecurity and neglect. He was raised mostly by his older sister and remembers going days without food or even seeing his mom at all.At one point, he recalls eating toilet paper because he was so hungry. When Jeremy and his sister weren’t left alone, they were in the company of strangers who wandered up from the bar.

When he was just seven years old, his mom dropped them off at a friend’s house and left them there for several months. Jeremy felt lost and confused. He clung to the fact that he still had his sister by his side. However, things took another desperate turn when he took a firework to school. He was labeled a “bad kid” and taken to Boys and Girls Country. This time he was separated from his sister, and he felt completely alone.

“I will remember forever the day I arrived at BGC. I was so scared and didn’t really know what was going on,” he said. “But Ms. Tis took me under her wing and reassured me that everything would be okay. She introduced me to everyone and made me feel safe.”

Jeremy spent the rest of his childhood growing up at Boys and Girls Country. He cherished the love and support he received from his house parents and so many other staff on campus.

He was thriving in every way, and when he was offered the opportunity to reunite with his mother years later, he chose to stay at Boys and Girls Country where he felt safe. What he didn’t realize then was how the transformation in his life would be multiplied to impact so many other kids God would eventually put in his path.

After graduating high school, Jeremy continued in the BGC college and career program for a year before marrying his girlfriend, Erin. After many attempts to have kids of their own, the young couple began the journey of fostering. Remembering the feelings of his early childhood, Jeremy credits Boys and Girls Country as the inspiration for their decision.

"Fostering children is our way of giving back to other kids what BGC gave to me. It just seems the right thing to do," Jeremy humbly shared.

He vividly recalls the moment they met their first foster kids, Isabella and Aleigha, who they later adopted. He saw the scared looks on their faces and the way they clung to each other in fear.

"I understood them so well in that moment. And I know that I am able to support these kids in the most authentic way because of the unconditional love and acceptance I received at BGC," he shared.

Throughout the pandemic, Jeremy and Erin served 19 kids from the foster system. They now have a booming house of four kids through adoption, as well as a long-time foster daughter, and they continue to provide respite to other foster families. “We feel like this was God’s plan for us all along, and we wouldn’t have it any other way,” he said.

At BGC, our mission is to do more than just give kids their basic needs. For others like Jeremy, we are healing wounds from traumatic pasts and modeling what a healthy Christian family looks like. After more than half a century of helping kids in crisis, we’ve seen hundreds of alumni break the cycles of dysfunction and have healthy families of their own. Your support has a ripple effect, and we couldn’t do it without you.

Will you help us make this far-reaching impact for kids in the future? This Christmas season, your generosity can provide a safe home and loving family for kids who have had a rough start in life. Any amount –$10, $25, $50, $100, $1,000 or more – gives them a chance for the life they deserve.